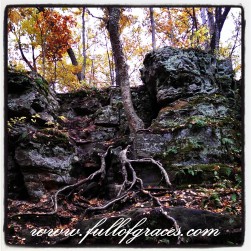 I didn’t want to read it.

The injustice is getting enough play on the news. The Stanford rapist who will go to jail for only six months because he’s white and wealthy and the judge felt sorry for him and his dad asked for leniency.

That’s all I’m going to say about him, because it’s not about him.

His victim, she wrote a letter. You’ve probably heard that by now too. I didn’t want to read it because I don’t like to step into that kind of pain unless I have to.

At 2:30 yesterday afternoon, I realized something. I have two daughters. I live in a world of injustice. My God calls me to justice.

I have to read it.

In college, the nights I was in that same situation are too numerous to count. The mornings I woke up not remembering a thing—not a thing—of how I got home or who brought me.

Me and all my friends. Every one of us. Over and over.

It’s blind, stupid luck that I did not become a victim. This is not to say that she is at fault. Only to second what she says in the letter—that she was the “wounded antelope of the herd”. And that hunters know what they’re looking for.

I think if you have college aged kids, maybe even high school aged, they should read this letter after you do.

Then you should talk about what it means.

The part where she realizes that she isn’t wearing her underwear anymore and understands how she’s been assaulted. Where she says the man who rescued her was crying too hard to give a statement to the police, because of what he’d seen.

How she found out the details of her assault from a TV news report.

The questions she was asked on the witness stand.

The picture of bicycles she has posted above her bed.

And don’t miss the part where she says she told the probation officer that she didn’t want her assailant to rot away in prison. She reached for mercy. They used it against her.

It raises a lot of questions. And the answers are hard. But we have to talk about it.

For the full text of her letter: Here’s the Powerful Letter The Stanford Victim Read Aloud to Her Attacker

To sign a petition to have the judge recalled from his elected position: Remove Judge Aaron Persky From the Bench