A couple of weeks ago, Serena Williams pulled out of the 2018 French Open due to a pectoral injury.  She dropped out before meeting Maria Sharapova in the fourth round.  In 21 their meetings, Wiliams has beaten Sharapova 19 times. Nineteen.  One-Nine. Her overall record is 19-2.

Before Serena pulled out, however, she was interviewed by Bill Simons from Inside Tennis.  Aside from dismissing her time with her daughter, telling her to “work with [him]”, and calling her “baby”, Simons asked, perhaps the most ludicrous, insulting, and outright clueless question that anyone has asked a female athlete in the history of the world:

“After the 2004 Wimbledon match with Maria, I had the opportunity to interview Donald Trump on his L.A. golf course, and he said that Maria’s shoulders were incredibly alluring and then he came up with his incredible analysis: that you were intimidated by her supermodel good looks. My question is: Have you ever been intimidated by anyone on a tennis court, and what are your thoughts about that occurrence?”

#1 – Really? Are we now taking tennis analysis from Donald Trump, the man who openly admits to grabbing women by the p*ssy? And you waited 14 years to ask Serena that?

#2 – So, I’ve been an athlete since 1986.  Actually, I was playing sports before then, but I was first on an organized team in 1986.  I went through playing sports in high school, at a Division 1 college, on the national stage at the Final Four, and then internationally as a professional.  I’m even going to an open gym today.  And I can say, beyond the shadow of a doubt, that an opponent’s good looks have never intimidated me on the court.  Not once.  Not when I was 11, not when I was 21.  And not even today when I’m 42 and playing after 2 c-sections and a hernia.  In fact, I never even thought about equating good looks with athletic ability until this interview question.

#3 – You want to know the one other woman that I can ever remember being openly intimidated by on the court?  I was playing for University of Virginia in 1993 and we were awful.  I mean, like we-only-won-2-conference-matches-that-year awful. I went to college early so I was only 17 and in early October that year, we played against George Washington University… and Svetlana.  She was this foreign player from Russia. Obviously.  And at that point, she was the biggest woman I had ever seen on the court.  She had to be 6’4” and must have weighed over 200 lbs.  When she called for the ball, she had this crazy Russian accent.  And she hit the ball like she was using the hammer from the Russian flag itself. Think Ivan Drago in female volleyball player form.  And when I was in the back row, she was in the front row, and our blockers were probably about 5’6”.  When she went up to hit the ball, I prayed for my life.  Yep.  Svetlana intimidated me.  And as chance would have it, Jen played against her, too.  It’s one of those funny, small world things that happens between soul sisters.  And Jen remembers her by name too.  Svetlana looked at Jen through the net one time and said, “I block you,” in that same Ivan Drago voice. Intimidating.

#4 – One more thing… Jen and I (and all of our teammates since the beginning of time) would probably actually like to play against some pretty girls.  And we hope they have little pretty names. And we will destroy them.  I know this because when I was thinking about names for my second daughter, I really wanted to name her Cosette.  I thought Jen would be all in because we both love Les Miserables.  Seems legit, right?  But I still remember Jen telling me, “Do you know what I would do to a girl across the net who was named Cosette?  I’d block the hell out of her and tell her to go back to her Castle on a Cloud!”  Ouch.  Truer words were never spoken.

So Mr. Simons, and all of The Media, please stop with this kind of ridiculousness.  Stop pitting women against one another based on looks, because we really don’t think about that kind of stuff on a daily basis.   We women are just out here being the best mamas, teachers, athletes, grandmas, real estate agents, oh, and PEOPLE, that we can be.  With or without our lipstick. 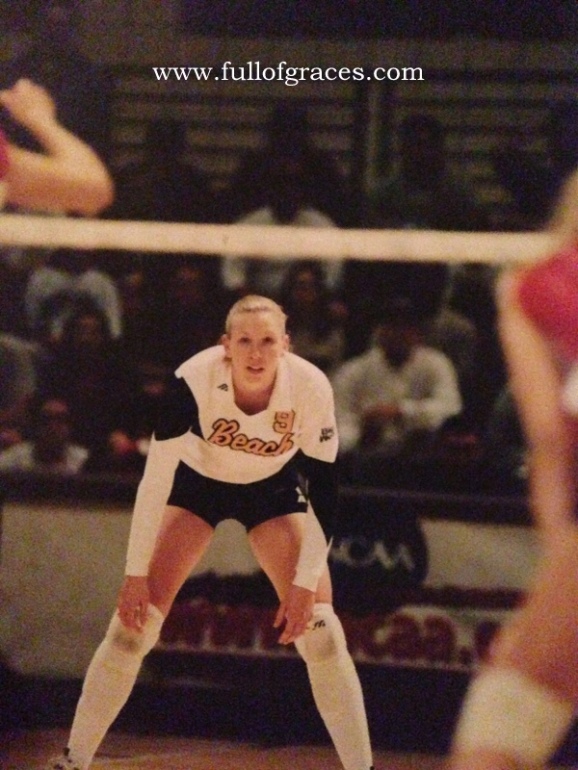 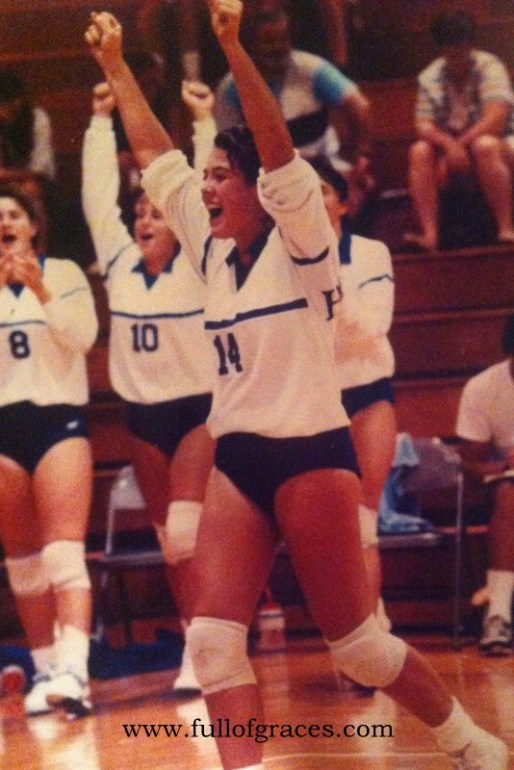 One thought on “Intimidation”