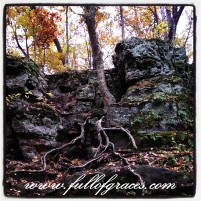 Women have a wound of fear in our spirits. We have it because we are from Venus. We carry it with us, generation to generation. It’s not about men.

This is not the fault of men.

But we have this wound, from whispered family gossip and front page tabloid stories. We have it when we are large with child and when we are middle aged and when we are 13 and our bodies already don’t look like the lies on the cover of fashion magazines.

I can’t explain it. It’s primal. When we make a family with our bodies and our hearts we step out in faith and fear. We put it all on the line. And we need to believe that the partners we choose for this most amazing journey are faithful, loyal people.

But we’re scared they aren’t. And we hold that fear so tightly, for so many reasons, that it creates a wound.

I know women whose partners have betrayed them.

I told my one of my friends who stayed that I thought she made the harder decision and I admired her for it.

I told one of my friends who left the same thing.

Both were true, and my way of saying: “I don’t know what I don’t know, but I know you and I trust you to know what is best for you and yours in this moment. And I know that tomorrow, it may all look different but the point is, I see you trying to work it out and whatever that means, I am praying for you all.”

The most basic part of my womanhood rose up in rebellion against what Donald Trump did to Hillary Clinton on Sunday night.

It was despicable, to line those women up in her face. And not just for her. For every woman who has walked in her shoes.

It spoke directly to our fear: This was your fault. And you will never escape it.

I was amazed by her calm and grace. I would have been a screaming banshee.

Perhaps that’s what Mr. Trump forgot when he played such a vile trick just days after speaking about women in the most disrespectful of ways.

See you at the polls.