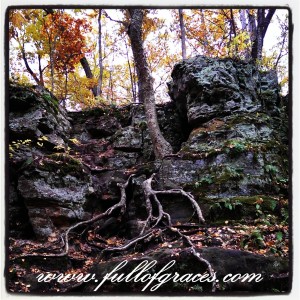 I’ve been reading so many great articles supporting women.  These articles challenge the use of gender to put down someone else (“Stop being a little girl!”), call for the end of devaluing powerful qualities in women and little girls (“She’s bossy,” versus “He takes charge,”) and my favorite, the Always commercial that you can watch here, which challenges the notion of “She hits (or runs, or plays) like a girl.” That last one is my favorite because I can hit the smack out of a volleyball.  You WISH you hit like me.

Although it is refreshing to hear and read people discussing these things, on Tuesday I was reminded that there still are differences in the way that people treat men and women, and that sexual harassment is something that creeps its way into our everyday lives.

As a high school teacher, formerly in a school setting, presently in a tutoring setting, I find myself locked in a room with 30+ teenagers on a regular basis.  There are some things that are super cool about this, like their eagerness to learn (sometimes), their willingness to please, their creativeness, and their sense of humor.  I have taught some really great kids.  However, there are some not-so-great things, too, like their defiance of authority, the chip on their shoulder, their disinterest, and their hormones.  Oh, those hormones.  The girls can sometimes be ultra-sensitive, or cool and stand-offish from one day to the next.  And the boys can be giggly, or have a crush on anything that walks in front of them, including me.  In fact, when I was a new (read: much younger) teacher, many of the boys would ask, “So, Ms. B, when are we going to go out?” to which I would reply something smug like, “Please.  You couldn’t afford my dry-cleaning.”  I even had a student that, on every single piece of paper that he turned in to me for an entire year, wrote his name, his phone number, and “call me.”  I always laugh off those incidents because they are light-hearted and innocent.

But there have been a few other times where the “joke” has crossed the line.  Tuesday was one of those times.  In a tutoring class that I teach, there is a group of boys that have been skating close to the line.  They’ve been flirtatious, asking me to come to their male-beauty pageant, showing me the dance they’ll be performing which I asked them to stop due to too much pelvic thrusting, but on Tuesday night, on the sign in sheet, one of them signed in as Ron Jeremy, the pornography star.  As I checked the sheet I didn’t react, knowing that that’s exactly what “Mr. Jeremy” wanted.  But I was angry.  If the student had signed in as Luke Skywalker, Michael Jackson, or Ronald McDonald, it would have been funny.  But Ron Jeremy has a sexual tone that is absolutely inappropriate for a work or classroom setting.

And you know what?  I’m tired of it.  I’m tired of discussing it.  I’m tired of telling students that this sort of “joke” is inappropriate.  They KNOW it is.  I’m tired of telling administration about the student that drew an erect, ejaculating penis on a paper that he turned in to me, only to have the incident brushed off as “an error in judgment” and that I need to “lighten up” and “not take it so seriously.”  I’m tired of this behavior being swept away, when we know that it is wrong.  I’m tired that I am a 39-year-old woman with 15 years of teaching experience and (almost) a Master’s Degree, and I have to put up with sexual harassment from a 17-year-old punk.

And don’t even get me started on what I’ve put up with from principals and district officials. A principal once asked me if I liked the way his “ass moves” as he walked up the stairs in front of me.  There was a time that an assistant superintendent of our district leaned in for a hug, but rubbed one hand over my 7-month pregnant belly, looked me in the eye and said, “There’s nothing sexier than a pregnant woman.”  I’m tired that this sort of behavior isn’t absolutely abhorrent and that parents, administrators, and district offices don’t drop the hammer on the offenders. I’m done talking about whether or not this happens.  It does.  While we are all sitting around deliberating what is or is not harassment, women are being harassed.  I’m tired of people looking the other way.  I’m tired of the offenders being moved and/or promoted and not punished.  I’m tired of “sensitivity training.”  I’m tired of “Mrs. Alvarez has a problem with Mr. X”  I don’t have the problem.  He does.

Some friends of ours have an older boy who has a pretty smart mouth.  Whenever he says something that he shouldn’t, his parents respond with a “Hey, that’s inappropriate.”  That’s it.  And he says “inappropriate” things all the time with no consequence.  He’s a good kid overall, but he can say whatever he wants and never gets called out on it.  I wonder what he says when his parents aren’t around and what he will say in the future.