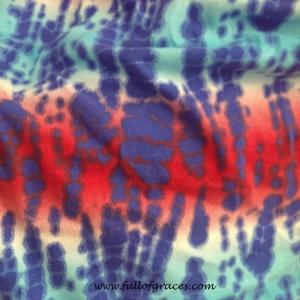 We live in the town over from Murrieta, CA.

Murrieta hit the world news this week due to a group of 100 protesters who stopped a bus full of women and children who crossed the border illegally into Texas. Texas can no longer hold them, so officials are putting them on planes and flying them to Southern California to process them through the local border patrol station.

A small group of Americans met them on the road to the station and physically stopped the busses from going anywhere except back to the border. Busses full of small, scared children and their mothers, who fled here to escape the poverty and violence of their homes.

The protesters were within their legal rights. The right to peaceful assembly is a value upon which this nation was founded.

They weren’t standing on moral ground, though.

Illegal immigration is a problem in this country. It’s a huge strain on the infrastructure. It’s true that taxpayer money goes to support people who have come to this country illegally. On this, we can all agree. There’s a simple solution, which is to make the pathway to citizenship easier and less costly, to reward those who graduate college and serve this country in uniform.

Driven by intense fear, lots of people don’t want this. I don’t understand the fear, because no one is taking food off my table, clothes off my back, or my kids’ place in school.

But it’s a huge national issue and it needs to be handled.

On Tuesday, it was not about the national conversation. It had moved past rhetoric and ideals and projections to a bus full of real live, hurting, hungry people.

In this part of California, we are overwhelmingly Christian, so when a group of people matching word for word the folks in the Beatitudes show up in our community, looking forward to a dinner of frozen burritos and a night sleeping on the bathroom floor, shouldn’t we find compassion in our hearts?

Even if we don’t believe that they belong here, even if we think it’s high time the fools in Washington sorted this out.

When faced with the downtrodden, the humbled, the homeless right in front of us, Jesus commands us to put frustration and fear aside and help.

I’m sad that in a nation founded by immigrants under God, our fear of the “other” overcomes our responsibility to our faith. I’m sad that happened in my own community, where now we have to heal the breach of trust that has opened.

I’m also angry at how quickly we forget our history lessons and since I used to teach this stuff, here’s a refresher:

When John Smith and Company hit the beach in Virginia in 1607, they never intended to settle. They intended to get rich, and kill anyone who stood in their way, which is why we don’t use Jamestown as our shining example of courage and freedom.

The Puritans who came in 1620—history refers to them as Pilgrims—fled England due to religious persecution. They first lived in Holland, but then obtained a land permit from the London Virginia Company to settle at the mouth of the Hudson River. They hired two merchant ships to bring them across the ocean, one of which had to be abandoned after it was found to be unseaworthy. In desperation, 102 Pilgrims, plus the crew, crowded onto the 100 foot long Mayflower, which departed in July.

They missed the Hudson River, by hundreds of miles. When they finally stepped foot onto modern day Massachusetts, it was December of a horrible winter. By Spring, half of them had died and only four adult women had survived. Four, of seventeen. The ship’s captain was a mercenary and wanted as little loss as possible—he kicked the Puritans off the ship before they had adequate shelter to protect his crew from sickness.

The Natives were wary, since they had some history with Europeans, mostly involving theft, violence and disease. There were tense moments between the Pilgrims and the Natives, but eventually they agreed to a peace treaty and the Natives helped the Pilgrims with their farming and food.

The Pilgrims were a lot like those people on the busses the other day.

They were fleeing violence and persecution, in search of a safer life.

They were brought here by a mercenary who took their money and offered them very little in return, dropping them at the shore hundreds of miles off target in the dead middle of a New England winter.

They were sick and hungry, posing a strong threat to the health of the Natives.

In order to survive, they needed some compassion to get started.

Here’s where the stories divert. In 1620, against their better judgment, the Natives helped the Pilgrims.

And that was such a big freaking deal that we remember it on Thanksgiving.

It’s true that Europeans went on to make the Natives rue the day they didn’t kill the Pilgrims as they came ashore.

It’s also true that those Europeans forged the greatest nation on earth, from blood sweat and tears—sometimes theirs, sometimes those of the “other”. We have a checkered history for sure, but it’s magnificent all the same.

I am proud to be an American on most days.

Happy Birthday, USA. Here’s to a better tomorrow for the Shining City on the Hill, one that lives up to the lofty and admirable ideals inscribed on our own Statue of Liberty:

With conquering limbs astride from land to land;

Here at our sea-washed, sunset gates shall stand

A mighty woman with a torch, whose flame

Is the imprisoned lightning, and her name

Mother of Exiles. From her beacon-hand

With silent lips. “Give me your tired, your poor,

The wretched refuse of your teeming shore.

Send these, the homeless, tempest-tost to me,

I lift my lamp beside the golden door!”

4 thoughts on “Mother of Exiles”