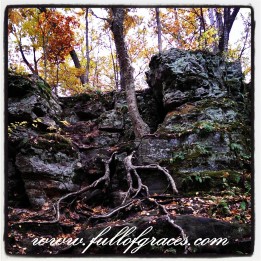 First, a little History of These United States That You Don’t Often Hear in History Class.

There was a reason the Puritans were not welcomed in England.

It’s because they were craaazzzzy. No really. Go read the source material, or just grab your kid’s 11th grade lit book. Start with William Bradford’s Of Plymouth Plantation. Then do some research on how they ran their colonies. If you didn’t look like them, think like them, speak like them and most of all believe like them—they ran your ass out of town. Like, way, way out. Maryland, almost 400 miles to the south, was the first solidly Catholic colony for a reason.

We have crafted a giant pageant around the First Thanksgiving, and we like to link our commitment to the First Amendment to the persecution of these “refugees”.

But the truth is, their brand of oppressive, Old Testament Christianity totally ignored the love of God embodied in the life, death and resurrection of Jesus His son.

Plus, they were scared all the time. All. The. Time. Even before they landed at the start of winter in a barren land. For their sheer ability to survive their own stupidity, we might owe them a debt of gratitude. But mostly I think it’s interesting that a people so devoted to the Bible were terrified of life. Maybe they never read the second half.

They had a nasty way of branding everything that wasn’t like them as “of the devil”: women who didn’t follow the rules, the Natives, people of other Christian faiths, notably the Quakers (the Quakers, for goodness sake), later immigrants from England. It was a horrific approach if you think about it, to not acknowledge and tolerate disagreement, but to assign evil intent to everyone and everything that didn’t fall into their very narrow line.

They invented the fear of the stranger in the village that is fundamental to our American psyche. The woods are haunted, only the devil goes bump in the night and we have never welcomed the immigrant, quickly forgetting from whence we came and instead stomping on our own borrowed shores like a two year old screaming “Mine! Mine! Mine!”

They lived by a convoluted version of “freedom”. They came here to be free to practice their extremely controlling and authoritarian religion. Certainly, no one was “free” within their communities—there were very strict social expectations, most of them oppressive. In essence, they travelled over the ocean to a new land for the freedom to practice their particular brand of oppression.

It didn’t work very well. Within 50 years, the debacle at Salem, where 19 innocent people died for greed, power and pride, proved that they themselves were the evil walking the new world. Not all of them, of course, but as a group of people, they left a scar on this land. Their gift to us, 300 years on, is a stubborn insistence that we know best and no one else can tell us what to do.

Some would argue this is not a gift at all.

History is cyclical, and over the life of our nation, we have at times lived again under the shadow of oppressive public religion. So I say this to my Christian brothers and sisters who want to us believe that somehow, our Christian faith is under fire—Those who cannot remember the past are doomed to repeat it.

We need to check our hearts and make sure that what we really want is freedom, and not the freedom to practice our own brand of oppression.

In case you aren’t sure what I’m so worried about, here’s a list of interesting reads:

Best and Worst states to raise children–Bible Belt is LAST