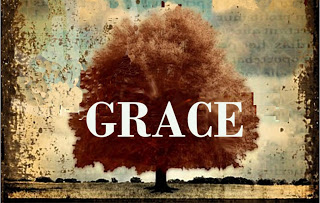 I watched a 9 year old child having a melt down over the loss of her entire Minecraft world. The Xbox glitched and it was gone. She was distraught—and if you know anything about the world of Minecraft, you know why.

My own child was just about to explain that he could probably recover the loss. Another child was patting the girl’s back in sympathy. But then mom did this:

I don’t know if mom had no idea about the game, or if she was tired, or if this was the fortieth meltdown of the day. It was a moment in their day, and nothing was done that couldn’t be undone.

I’m not judging her parenting. I’m just using her words as the example of what sarcasm can do to a child, because lots of parents use sarcasm in their regular rotation.

The daughter knew that her mom was making a joke, but she was too young to understand the subtlety. The entire point of the meltdown was that she lost something that took her hours and hours and hours to build. In her 9 year old brain, it was a tragic situation. So why was her mom making a joke about it, and her?

Her face fell. Her shoulders slumped. She had been sad and disappointed. Now, she was angry and hurt.

I thought, looking at the girl’s face, I have made my children feel the same way.

A few months ago, I heard Patsy Clairmont speak at Women of Faith. She said something true about sarcasm that helped me figure out how to deal with mine.

“Sarcasm is anger that’s gone underground and come back up in a clown’s suit.”

We all laughed. Sarcasm is funny-ish.

A few times since then, I have stopped the sarcasm in its tracks and gone with the honest anger instead. Not sure that’s 100% better. Maybe 50%. It tends to be louder, but I’m ok with that because the cost of quiet sarcasm is much higher, too high. My anger is not nasty. At least my kids can track it in a direct line back to its source. They don’t have to wonder what I mean and what it says about them.

I’m working on the volume. Until someone develops a “Make the anger go away instantly” pill that’s not addictive and/or fattening, this will have to be my goal.