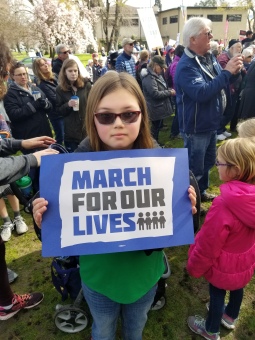 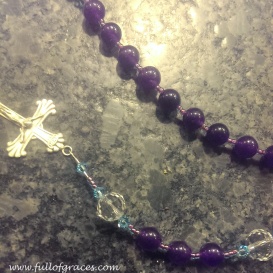 October is Respect Life month in the Catholic church.

Like so many Christian churches in this country, we screw it up. And in the screwing up, we drive people away. And we’re too stupid to know that we’re driving people away.

Sunday, at a Catholic church in our valley, there were “Archdiocesan-mandated” petitions for signature after Mass. It was inferred from the Layman’s Minute portion of the Mass that to refuse to sign the petitions was sinful. This was supported by a reminder that the sainted JPII was the Church’s most ardent defender of Respect Life issues.

I was not at this Mass. I would not have been caught dead at this Mass in a church where the director of ministries has decided that boys and girls cannot serve on the altar together–which, by the way, is out of order with the teachings of the Church. And I can’t with JPII.  Plenty of former altar boys and choir girls who might have something to say about his commitment to respecting their lives.

But a friend was at this Mass, and she called me in tears.

“Do you think, less than a week after Vegas, that there was a Respect Life petition about gun control? Or a petition to recall the governor over euthanasia? Or even a petition for the President to help the AMERICAN CITIZENS in Puerto Rico? NOPE. Nothing on the death penalty. Nothing about North Korea. ONLY ABORTION.”

Abortion is a huge cultural failure and in Oregon our legislature recently passed a bill that expanded access to and coverage for abortions and birth control. The outrage is real.

But I have heard the same Knights of Columbus who organize these “Pro-Life” petitions talk about immigrants like they are the scum of the earth. I have heard them vow that their guns will only be taken from their cold, dead hands. I know they voted for this President who refuses to condemn white supremacists and that they scoff at the very idea of climate change.

So I won’t apologize for not picking up what they’re laying down. Their piety is false, as is their concern for life. If they only care about unborn babies, then their “care” is misogynist, political and economic. Shame on them for the damage they do to the heart and soul of our faith.

I will stand with the Sisters, and the young ones like Rebecca Bratton Weiss, who had the courage to call out the dark side of the Trad Pro-Life movement in our church, and lost her job over it, thanks to Catholic white supremacist groups Lifesite and Church Militant.

I will challenge the pretenders, on the sidewalks outside my kids’ school, or like my friend’s husband did on Sunday when he asked where the gun control petition was.

And I will reach out to those pushed away by the hypocrisy and try to show them that the church is faithful, even when her members are not.